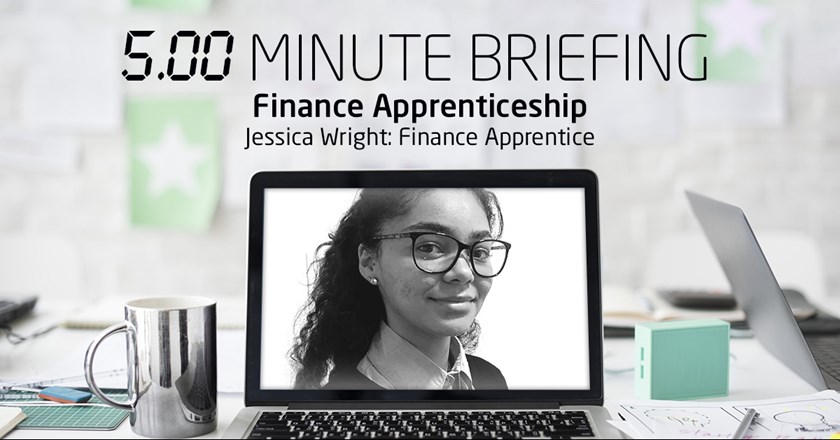 Jessica Wright is Finance Apprentice here at EngineeringUK. To mark National Apprenticeship Week 2019, she talks about her experience below.

What do you do at EngineeringUK?

I am currently doing a finance apprenticeship. My role is a Finance Assistant, which will progress to an Assistant Accountant.

What’s your background/What did you do before becoming an apprentice?

I had finished my GCSEs and had originally decided to join a sixth form. I was previously studying maths, economics, business and geography but then decided to leave and become an apprentice instead.

Why did you choose to apply for an apprenticeship?

A family member of mine had recommended it to me, but it wasn’t until I began researching into apprenticeships that I felt that it was for me. I wasn’t a big fan of school and being restricted to a classroom only environment for another two years didn’t seem too appealing.

Tell us about your experience so far?

I officially joined in January but had a two-day handover in December which gave me an introduction to what I would be doing. I’ve had such a positive experience so far, everyone is so friendly and its such a comfortable environment to work in. I’m constantly learning new things and becoming more independent.

What would you say to anyone thinking about doing an apprenticeship?

I think that they should definitely consider it! There are so many options with apprenticeships and if you have an idea on what your planning to do for the future or what career path you wish to follow, I would recommend looking into it.

Apprenticeships are for anyone and everyone, so don’t rule it out as an option.