New leadership for engineering and technology

Ed has been with the Institution for 21 years, previously holding the position of Director of Finance since 2006, before becoming their interim Chief Executive and Secretary in June 2022. Alongside his extensive knowledge of the workings of the IET, Ed is truly passionate about their purpose.

Commenting on his new position, Ed Almond said: "I'm honoured to be leading the IET staff team at such an important time for the engineering profession and look forward to working with EngineeringUK, and other partners in the sector, to help engineer a better world."

The IChemE has announced that Yvonne Baker OBE has been appointed as its new Chief Executive and will take up the post from April 2023, following Jon Prichard’s decision to step down from the role last year.

Yvonne, a Chartered Chemical Engineer, is currently Chief Executive of STEM Learning, the largest provider of science, technology, engineering and mathematics (STEM) education and careers support to schools, colleges and community groups across the UK, a role she has held for 12 years.

Yvonne said: “Having started my journey in STEM as a chemical engineer and having been a member of IChemE since 1986, joining the Institution as its Chief Executive Officer is a great honour and hugely exciting.

“I look forward to working with the Board of Trustees, Congress, volunteers and the expert staff team to help deliver IChemE’s ambitious plans to ensure that members are appropriately represented, and their contributions widely recognised.”

Dr Hilary Leevers, Chief Executive of EngineeringUK, commented on the new appointments: “I am delighted to see the new appointments made amongst the PEIs and I’m looking forward to working closely with them all. Nigel has been a trustee of the EngineeringUK Board for many years and we’re really grateful for all he has contributed to the sector and his work at the IET. I’m excited to work with Ed to continue to enable more young people from all backgrounds to be informed, inspired and progress into engineering and technology careers.

“I have also worked very closely with Yvonne Baker in her time at STEM Learning and I am thrilled that she will be carrying her passion for STEM and continuing her brilliant work in the engineering sector by joining one of the PEIs.

“The work of the PEIs is hugely valuable for the sector and we at EngineeringUK greatly appreciate their ongoing collaboration and support in helping us to achieve our mission of inspiring the next generation of engineers.”

The UK Chapter of the International Council on Systems Engineering (INCOSE UK) has also announced new appointments. Following their recent election, Malcolm Thomas has been appointed as President of INCOSE UK and Andrew Pemberton as President-Elect. Professor Jon Holt has also been re-elected as the Technical Director of INCOSE UK. 5 lessons from 2022 In the last issue of The Engineer for 2022, our Chief Executive, Dr Hilary Leevers, reflects on the past year and what research has told us. 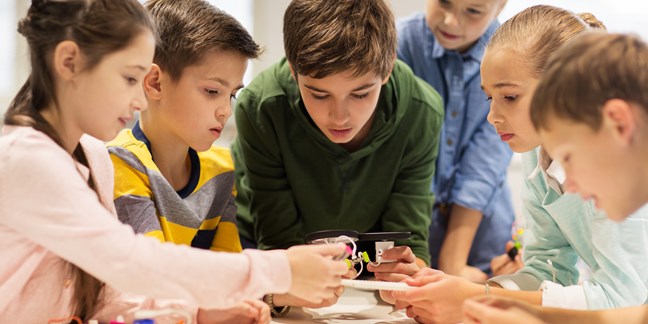