Widen the opportunities for young people 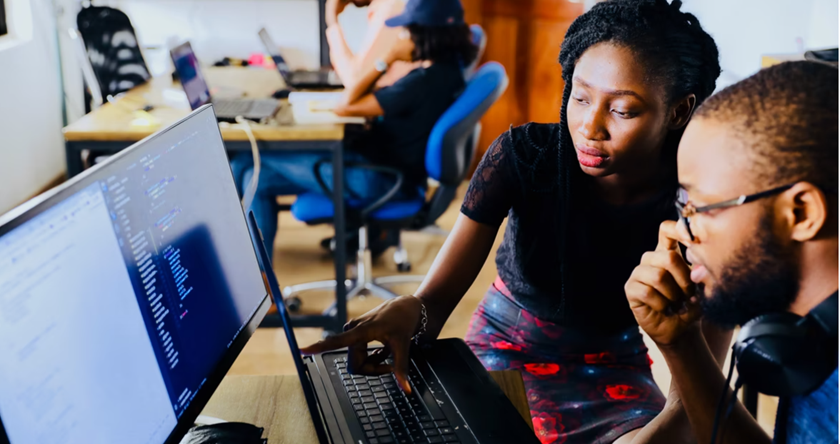 After completing my A level qualifications, I joined EngineeringUK in September 2021 as the Public Relations Apprentice. My role involves sourcing and writing news stories which are then published on the EngineeringUK website, distributing press releases, and supporting other PR activities.

Deciding which career path I wanted to take was a difficult decision for me. At such a young age I was expected to know what my future looked like. How could that be possible?

The only option I ever knew was university. Everyone around me had been to university, or they were planning to go. I didn’t even know what I wanted to do when I got older, and I assumed a degree was the only way I would get a job. At secondary school I focused on my studies and chose subjects I enjoyed like History and Art, with still no clue of what my future would look like. It was only until I reached sixth form that I discovered a new route I could take.

Apprenticeships. How did I go my whole school career not knowing what an apprenticeship was? This was a question I asked myself. It took me until I was 17 to find a career path that I knew was for me. I was planning to go to university because that is all I had known, but I knew deep down that it wouldn’t appeal to me. When I learnt that doing an apprenticeship was an option, I used every resource I had to find out more and discover what it was.

The person who first mentioned apprenticeships to me was the careers advisor in my sixth form. I had frequently visited her in hopes of exploring the careers and opportunities available to me and I was surprised that there were so many other options. I valued gaining practical experience and learning whilst developing key skills I could use in my future much more compared to studying full time for a degree.

An apprenticeship can come in different forms – from advanced to degree level – they are all nationally-recognised qualifications. Starting my apprenticeship at EngineeringUK, I was quite apprehensive because it was so new to me and I didn’t know many people who had done one before, compared to almost everyone around me going to university. However, I was welcomed with smiles and friendly faces, and I quickly realised that my decision to do an apprenticeship was the right one.

I am now 5 months into my apprenticeship at EngineeringUK and I wouldn’t want it any other way. In so little time I have gained valuable skills that I can use in future careers, and I have been able to develop as a professional individual. Working in a team in a business environment has allowed me to connect with others and push myself in ways I wouldn’t have been able to if I were at university. Balancing study and work are one thing I do as an apprentice, and this has helped to develop my time and workload management skills which are invaluable in the workplace.

It is important that more organisations offer apprenticeships to young people. My apprenticeship has opened new doorways which I wouldn’t have ventured into otherwise. Employers can benefit from apprentices because they bring in fresh eyes which can lead to the development of innovative ways of working. EngineeringUK works with young people and seeks to inspire those who have an influence on them, so it was an obvious decision to become an apprentice employer to bring in a fresh perspective and insight. The Public Relations and Communications Association (PRCA) have supported me and EngineeringUK through the first stages of my apprenticeship, and it is great that organisations are welcoming this career pathway.

There are so many other young people out there who are unaware of the opportunities becoming an apprentice can offer. Follow the example of EngineeringUK and become an apprentice employer!

Get involved and inspire all young engineers EngineeringUK Chief Executive Dr Hilary Leevers writes in this month’s The Engineer about the need for a collaborative and representative engineering community. 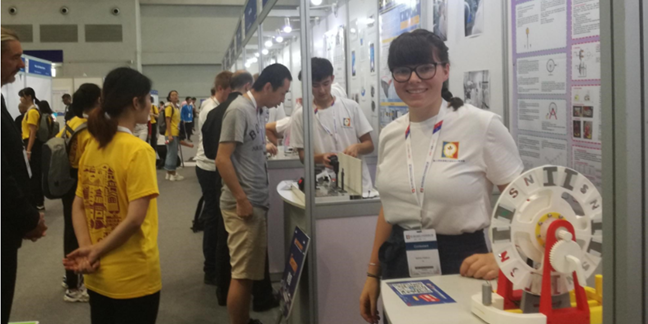 The Big Bang Competition- a journey of pride and inspiration Bethan Padbury, Event Executive at EngineeringUK, blogs about her experience of being a previous winner of The Big Bang Competition and how it has shaped what she is doing today.
Young people can save our planet Macy Richardson blogs about her experience at Tomorrow's Engineers Week Schools COP Summit and how young people are helping to shape our net zero future. 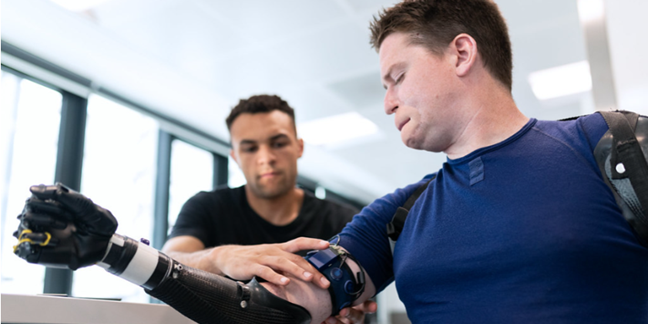