Engineer from London on mission to make people's homes safe 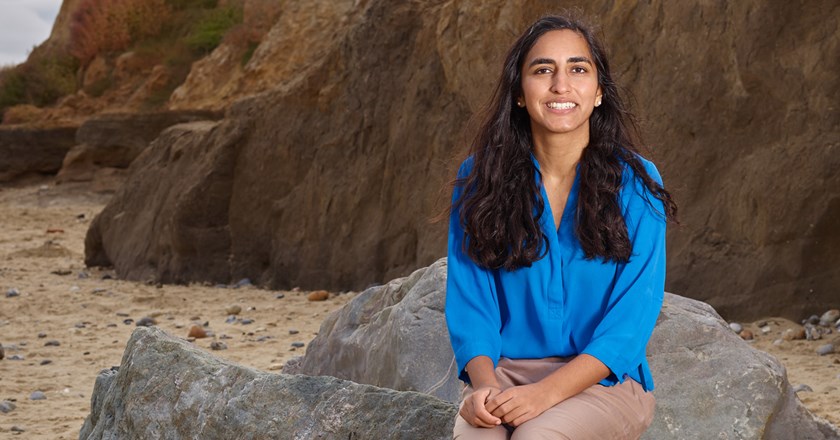 Hiba Khan from London has been chosen to feature in a national campaign showcasing how engineers are on a mission to make the world a better place.

The civil engineer for Mott MacDonald, an engineering, management and development consultancy, is one of just five engineers from across the UK handpicked to front #EngineerOnAMission for Tomorrow’s Engineers Week 2019.

Hiba, 29, was selected for her international work making people’s homes safe from flooding and helping rural farmers earn a living wage. As part of her role, Hiba has worked in Myanmar, Tanzania and Bangladesh, where she is currently tackling flooding and erosion that claims hundreds of metres of land each year.

As an Engineer on a Mission, Hiba became the star of a film that highlights the impact engineers have on the nation’s health and wellbeing. The film was shown to 50,000 students at the Tomorrow’s Engineers Week Big Assembly on 6 November.

Explaining why she chose a career in engineering, Hiba said:

"My grandma taught me how important it is to help people. She lived in a rural area in Pakistan and had very little but would do things like rearing chicks to sell as chickens and use the money to help people in the local community.

"At university, while in my first year studying another subject, I saw the amazing humanitarian work done by Engineers Without Borders and I decided to switch into civil engineering.

"Ten years later, here I am as a chartered civil engineer getting to witness how the work I’m involved in is completely transforming the trajectory of people’s lives."

"We want every young person to see that engineering offers a varied, stimulating and rewarding career.

"The UK needs tens of thousands more engineers and Tomorrow’s Engineers Week provides an opportunity for the engineering community to work together to inspire the next generation of engineers to meet this demand.

"We’re delighted to have the opportunity to share Hiba’s mission, to make people safe from flooding, with thousands of potential future engineers."

Further highlights of the Week include the first This is Engineering Day on Wednesday 6 November, challenging the public stereotype of the engineer and the second Tomorrow's Engineers Week Big Assembly, which will see over 50,000 pupils taking part in the same assembly, at the same time.